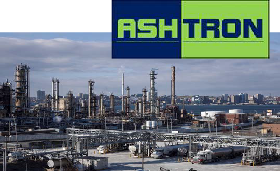 The insulator system typically consists of a thermal substance and a thin metal sheathing, Typical insulation material is low in density to limit air movement, and some contain gases to minimize the heat flow. This latter type of insulation hold moisture like a sponge. Even in non-sponge like insulator materials, when water intrudes under the insulator, it accumulates in the lower portion of the pipelines, tanks, flanges or equipment, resulting in corrosion and leaks.

It is not economical, and highly time consuming to visually inspect by removing the thermal insulation of a few hundreds metres of pipelines. A number of non-destructive inspection methods have been used to inspect for CUI, including acoustic emission, infrared imaging, radiography, ultrasonic testing, eddy current techniques.

However, some pipelines are a few kilometres long, and some pipelines are positioned 30 to 40 metre above ground, which will requires scaffoldings. Furthermore, inspections are difficult due to the limited access in highly congested areas. In some cases, CUI is found in a few percent of an entire pipeline after several years of inspection time. When visual inspection is carried out by removing the insulation, the integrity of the water tightness is sometimes disrupted.

Since the locations of CUI caused by water leakages are basically unpredictable, monitoring CUI in selected areas and partial visual inspections may miss some of the CUI locations, resulting in serious accidents. Therefore, large amounts of accurate CUI data from the entire pipelines or tanks must be collected with a minimum man-power.

CUI Warning System include a long-lasting battery powered wireless sensors to transmit the data indicating the existences of corrosion electrolyte (water and moisture) on the CUI Sensor Tapes.

CUI Warning System provides the frequency and duration of wet time to determine the risk of CUI for any portions or the entire structure of pipeline, tank or equipment in your plant.